India has tremendous energy needs and an increasing difficulty in meeting those needs through traditional means of power generation. On July 30th and 31st, 2012 the world's largest blackout, The Great Indian Outage, stretching from New Delhi to Kolkata occurred. This blackout, due to failure of the northern power grid, caused nearly 700 million people — twice the population of the United States — to be without electricity.


A grid failure of such magnitude has thrown light onto India's massive demand for electricity, together with its struggle to generate as much power as it needs. India is aiming to expand its power-generation capacity by 44 percent over the next five years but recent problems indicate the scale of the challenge. Even before the blackout, in June of 2012, the country's power generation fell short by 5.8 percent when confronted with a peak-hour demand of 128 GW, according to Government data.

Electricity consumption in India has been increasing at one of the fastest rates in the world due to population growth and economic development. India’s economy faces increasing challenges because energy supply is struggling to keep pace with demand, and there are energy shortages (as much as 15 percent daily) almost everywhere in the country. Such chronic lack of energy and unreliable supplies threaten India’s economic growth.

So, what can India do to meet the future energy demands and help eliminate wide-ranging power outages in the future? The Government needs to make an assessment of how best to address the power needs to meet the future growth and prevent such massive power failures. India’s power blackout is an opportunity for developing sustainable energy solutions.

For economic as well as environmental reasons India needs to shift to non-polluting renewable sources of energy to meet future demand for electricity. Renewable energy is the most attractive investment because it will provide long-term economic growth for India. A favorable renewable energy policy could create millions of new jobs and an economic stimulus of at least US$1 trillion, and perhaps much more if all indirect economic (ripple) effects are included. "India is the Saudi Arabia of renewable energy sources and if properly utilized, India can realize its place in the world as a great power," Rifkin says.

Himalayas: the agenda for development and environment

Himalayas: the agenda for development and environment

The recent events in Uttarakhand have shown, more than ever, that we need a development strategy for the Himalayas that takes into account the vulnerability of the region and the need for environment protection. There is no doubt that the region needs economic growth. But this development cannot come at the cost of the environment. It will only make the already risk-prone and ecologically fragile region more vulnerable and development more “deadly”. We also know that climate change will exacerbate the vulnerability of this already fragile ecosystem

The question is what should be the development strategy for this region? Most importantly, we need to think about a pan-Himalayan strategy so that states can evolve common policies and not follow the race to the bottom.

More Uttarakhand disasters in the offing

Date:Jun 28, 2013
The cloudburst-induced flood in Uttarakhand was a disaster waiting to happen. The state’s draft action plan on climate change is full of such warnings. A prudent document, it captures vulnerability assessments on Uttarakhand, people’s perceptions of climate change and how they are getting affected by the change. The document is also a comment on the development model in the state and raises several points about how development should not be done in an ecologically fragile region. The draft plan also gives a long list of activities that the state has planned or is planning to make its people more resilient, but it is a case of too little, too late as far as the current floods are concerned.

Uttarakhand has been a story of droughts, landslides and floods. In 2008 and 2009, the state experienced severe drought conditions. In 2010, people had to grapple with floods, flash floods, landslides and cloud bursts. Little wonder that the draft plan says “Uttarakhand is most vulnerable to climate-mediated risks”.
Click Here to Read More »
7 comments
Labels: Anumaknoda Jagadeesh, Anumakonda Jagadeesh, Comments, Down To Earth
Older Posts Home 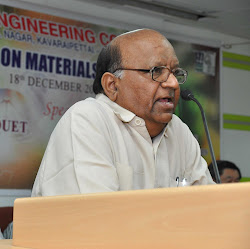 For Latest Posts and Updates